A downloadable NeverBlink for Windows

NeverBlink is a game that immerses you in a chaotic world in which the dimension of the underworld blends with our world.

You are a boy who, due to an accident, has the ability to switch dimensions by closing his eyes.

Try to Survive the demonic hordes and defeat the Giant in an environment full of heavy metal music.

Rate and Comment bellow your HighScore and feelings about the game !

Also Report Bugs and your ideas for upcoming updates !!  :D

*U need a powerful PC to run this game

put the NeverBlink folder in your desktop or where you want to.

Damn, this game is genius and addicting . While needing to study for exams I played this all night. Great game 8/10. Only thing I would do to improve is make the world bigger and add more skills as in the first 12 rounds I gained them all.

very fun game like the idea of how you switch dimension  at will cant for more!!

Really interesting game. The graphics are nice, and the music is boppin. The story is pretty cool, while having a few holes.

Gameplay wise, it feels alittle stiff. It's next to impossible not to be hit, even when you prep your attack. It's very easy to game the system when you know how it works. With the spin attack you can basically go into "hell" spin and leave with taking little to no damage, and wait for the cooldown to go off.

Still a really good game. Better then most i've played on here or steam.

This kinda reminds me of the Weeping angels. Just minus the angels and the blink into hell. Kinda wish there was a bit more enemy types instead of just all melee fighters.

Thanks for playing my game Levont :D

If you want me to change something about the game, tell me and I'll try to add it.

Just some variety in enemies. There's mainly only melee based enemies and it'll be nice to have some range enemies.

Oh okey thats cool, I also want to make some kind of animals to kill for food on real world, and when you kill them,  they also appear in demon mode on the hell.

Here is my run down on the game. I do love it, and I may have spent more time after the video playing this game. It's that good of a game. For an indie game, it's has it's flaws of course. Examples would be that it's a tad bit too empty, or I would love to see more detail about enemies or your character. My overall thoughts that it is a good 8/10 game for me. It's not bad don't get me wrong, but the emptiness is bad for replay value.

That video thumbnail is hilarious :D

I will try add more assets to the game filling the emptiness that u mentioned.

Fun and challenging game to survive waves of enemies and improving skills and weapons.

Alright, so. I was pretty hard on the game in the video, but only because I see some potential here.

There's a lot going on in terms of ideas and mechanics and some conflict while others just feel unfinished, so understanding that this is still an early build of the game brings me some hope that this game will grow a lot.

First off is the health regen/living realm combo. It makes damage trivial given you have the patience to just wait it out, but it comes at the expense of the games pacing. There's nothing to do in the living realm so you just kinda sit on your thumbs until you're healed. Maybe it should take up a resource or cut off your regen to be in the living realm, but as it is it just makes you wait.

Second is the combat. It feels like you're aiming towards a hack and slash, but there's no flow. Adding some sort of combo, or string of animations that had some sort of stun or knock back that would prevent enemies from doing damage. Which follows into my next point, the movement speed is pretty slow and it's near impossible to avoid damage.

I think the game has a great visual flair and the realm switching is awesome, but the game itself lacks a lot. It's got some potential, but a long way to go to get there. I hope to revisit this in later versions and see what's changed!

Hey there, I was able to get pretty far with this game, its harder than it looks but I enjoyed it.  5/5.

Great idea. I tried playing it but the frame rate drops horribly on my pc when entering the unterworld and I randomly switch between worlds. I'm looking forward to an update so that the games runs smoothly and more stable. Good luck!

Thanks for playing and commenting !

Can you tell me your PC specifications?  This game needs a powerful machine to run correctly.

Also "and I randomly switch between worlds",  u need to hold right click for change dimension, when you release it it goes back.

And if you don't press it for a long time, it automatically close his eyes for a while.

I will try to optimize so it can run on any PC, thanks again :D

The random switch occures when I hold the right click a second or two  before he closes his eyes automatically. The fps drops only when he switches to the underworld. 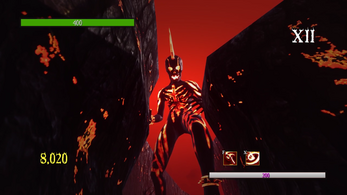 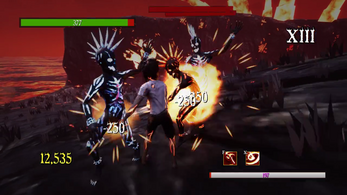 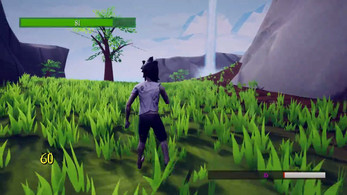 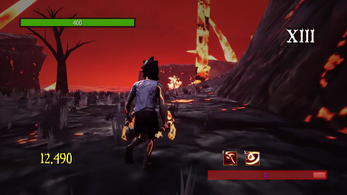 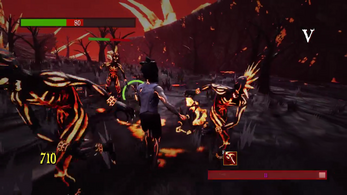 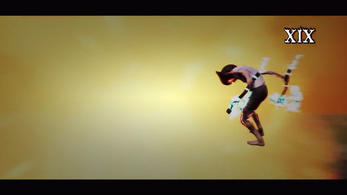 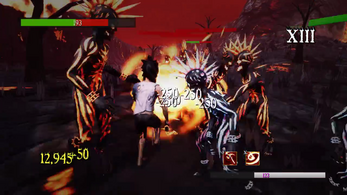